Meaning & Inspiration Behind the Songs: “Living In The Now” 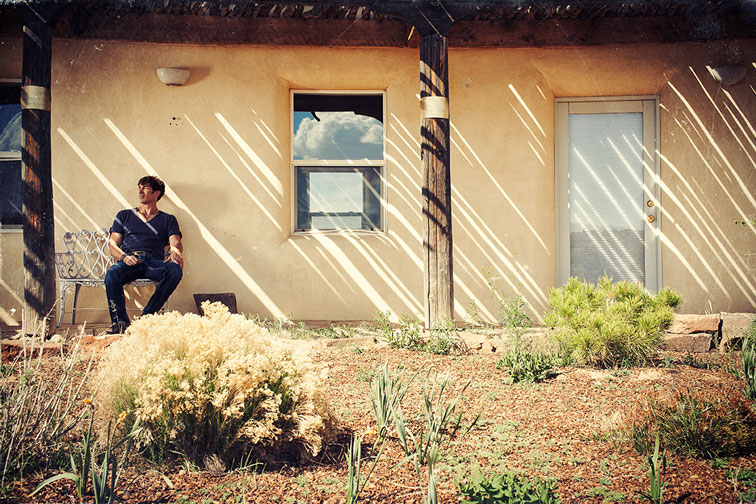 Here is an article that details the inspiration and meaning behind the songs on my 2nd Studio Release: “Living in the Now.”

To your greatness,
Chris

1. Lovesick Fool
“Lovesick Fool” is about surrendering to true love. Love the Keith-like guitar parts in there (GREAT job Mike Durham). The song started with the chorus and melody hook: “For you little darlin’, oh what I’d do…” and progressed from there.

2. The Revolution
Through personal development studies I learned all human emotions can be “mapped” on a frequency scale from 1 to 1000.

Emotions like guilt, shame, rage, and despair are represented in the frequency range of 1-300. Emotions like love, hope, and gratitude start around a 500 freqency level and move upwards to 1000 for emotional states like enlightenment, joy, harmony and tranquility.

One particular study claims that the average vibration of humans living on the planet today is around 207!

In short, this “207” study was the inspiration for “The Revolution” which is a call to action to “raise our vibration” so that “we can live in harmony with all.” “The Law of Attraction,” as introduced to a global audience in the movie The Secret, holds a similar philosophy: focus on what you want, to get what you want.

3. Light of Day
Written in my living room (in Santa Fe, New Mexico) “Light of Day” started with a randomly inspired guitar jam and resulted in the track you hear on the album in under an hour. I realllly dig this one. It’s all about “when things break down” and the choice we all have to “open up the shades”) in these moment. Light of Day is also a reminder that whatever hardship we are enduring…WILL pass.

4. You Got The Power
This upbeat tune reminds us that joy, love, hope, freedom and personal power are always inside of you. “You Got The Power” manifested at the tail-end of a very long writing day in Santa Fe. Looking forward to playing this one on a beach-side stage soon;).

5. Gratitude
The writing process started around the idea that: nothing is anything until you compare it to something else. Oftentimes if I am feeling upset I will compare my current situation to something much worse as way to ”create instant gratitude.” Doing this really works!

6. Living In The Now
This song embodies the heart and soul of the album. The message is clear: stay in the present moment. Don’t waste time worrying about the future or regretting/feeling guilty about the past.

If you find yourself in a negative mental state it’s typically because you are doing one of these two things in your mind. Solution: bring yourself back to the present. This song also touches on a theme you’ll find a lot in my music: it’s never too late to “turn it all around.”

7. This or Something Better
This Or Something Better showcases a fantastic “mantra” that I learned from a dear friend Paul Scheele. Paul is an amazing, incredibly intelligent human being who recently earned his PhD in Leadership and Change. He has dedicated his life to helping others live in their greatness.

A few years ago, while struggling with a situation, he recommended I employ the mantra: “This or something better” as way of reducing my stress and allowing the nest possible outcome to unfold…(which it always does anyway, doesn’t it?;))

So this song is my ode to Paul and the mantra “this or something better.” If you want to know what I was struggling with, you’ll have to listen to the song. Needless to say this mantra can really turn things around quickly in the mind!

8. Won’t Stop Tryin’
If I had to pick one personal life-anthem, this would be it and I’m hoping this is one everyone can relate to.

This song almost never came to be…To explain, I capture a lot of my song ideas on my cell phone. (through writing and capturing audio-inspirations) When upgrading my cell a few years ago, I forgot to transfer my song ideas to my new phone, and thus the audio for the inspiration of this song was forgotten on my old phone…until one day I decided to check the old phone and found 100+ song ideas I’d recorded over the years.

I love the Police / Doors / Supertramp vibe that resulted on the final track.

PS – Won’t Stop Tryin’ was inspired while standing in a crowd of 25,000 people listening to a LOUD band waiting for an event called “Zozobra” which has happened annually in Santa Fe, New Mexico since 1924.

Zozobra is a wild “ceremony” whereby a 50 foot monster is burned in front of the “mob” as a way of “burning way” our problems from the past year. Zozobra is commonly known to the original “Burning Man.”

9. Pain-body
I first learned of the term “Pain Body” from my spiritual teacher, the amazing John Walden. After working with John for many years to help with my awareness and conciousness, I asked him: “John, is there any one book that perfectly encapsulates the core of the work we have been doing?” At that point, John mentioned The New Earth and specifically a chapter called: “The Pain-body.”

According to John and to a large degree Elkhart Tolle, the “Pain-body” is that part of each and every one us that actually enjoys pain and the drama associated with it. Sounds crazy I know! The Pain-body can also be referred to as the “ego” or “shadow” – or whatever else you want to call it! — But it’s simply an “emotional parasite” that attached itself to everyone – much like a remora eel attaches itself to a shark – that “creates pain” by interpreting everything that happens in the most painful way possible. Without awareness our Pain-bodies can REALLY wreak havoc on our live and ultimately rob us from the greatness that is inherent in each and every one of us.

Really delving into the Pain-body is beyond the scope of this article, but if you want to learn more about it (and how to deal with yours) listen to the song (on “Living in the Now”), buy “The New-Earth” and I highly recommend scheduling a session with John Walden HERE.

10. I Believe In You
“I Believe in You” was written to give people a “mantra” to sing whenever times get tough. I am thrilled how this song naturally came to light and dig the duality contained in the chorus line: “I Believe In You” which can be applied to the self or another person.

In that moment I scribbled “Run Blindly and Stupidly…” on a piece of paper, and we broke for lunch, whereby we rapped about love and relationships. Starting the afternoon writing session, I look down and saw the phrase words: “Run Blindly and Stupidly…” staring back at me and kept repeating those words outloud till I heard Greg shout from the kitchen: “to love!” And with that, the song was born. Can’t you just hear this in a movie?

12. Our Story
“Our Story” materialized in October, 2013. The haunting, hypnotic feel of this track really shines thanks to the collective effort of the amazing musicians who played on the record. Jimmy Wallace’s keyboards and Vail Johnson’s fretless bass work particularly stand out. “Our Story” reflects on a passionate but troubled relationship and speaks to the “hope,” of having it back again. Haven’t we all been there before?!

13. Time of Truth
“Time of Truth” is an uplifting, anthemic vision of the future – a time of unbounded peace, joy and abundance. The song acknowledges many people are taking steps to live in their “higher selves” and that we are entering “a time of progress and a time of hope.”

14. Getting Past The Past
This ballad has autobiographical elements – as it brings to light a voice I’ve had to wrestle with that told me I wasn’t good enough to accomplish something or even “prosecuted” myself for trying. Ultimately this song is about confronting that inner (“Pain-body) voice, and having the courage to live your higher path in spite of any self doubt you might be experiencing.