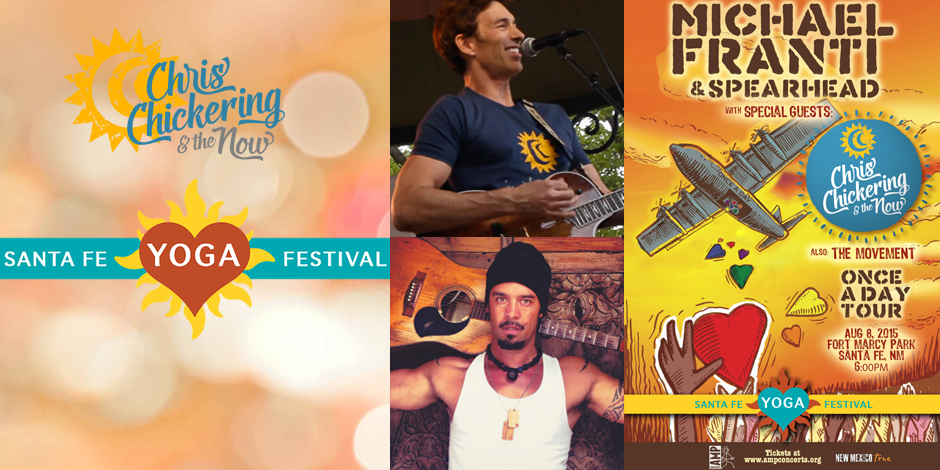 Chris Chickering and The Now’s music and live performance break down barriers and help audiences recognize a common humanity. “No matter who you are or what you are up against, it’s never too late to manifest and live out your dreams,” says Chickering.

Michael Franti is an American rapper, musician, poet, and singer-songwriter. He is the creator and lead vocalist of Michael Franti & Spearhead, a band that blends hip hop with a variety of other styles including funk, reggae, jazz, folk, and rock. He is also an outspoken supporter for a wide spectrum of peace and social justice issues.

Franti, a San Francisco based singer-songwriter-guitarist and philanthropist has diligently followed over the past two decades, proactively creating and supporting numerous environmental, humanitarian and social causes. It explains the evolution of sound on All People, colossal dance beats and dizzying electronic effects taking the fore, as well as a lyrical sincerity that has always had Franti singing about what moves him most.

Working in conjunction with multiple award-winning producers, engineers and musicians, Chickering has written over one hundred songs and completed five studio albums. Visit his website for a free download of seven original songs.