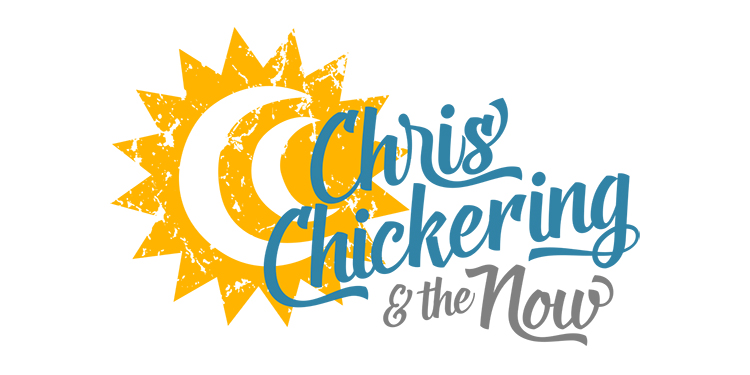 Chris Chickering – Lead vocals and Rhythm guitar
Chris Chickering is an award-winning singer-songwriter whose mission is to effect real social change by inspiring people to live authentic, joy-filled lives. A natural entertainer and storyteller, Chris performs at retreats, events and festivals worldwide, as a soloist as well as with his band Chris Chickering & the Now. Chris was born in New York City and grew up in San Francisco. In his spare time he enjoys working out, yoga, performing sleight-of-hand magic, and hikes in the beautiful mountains of Santa Fe with his dog Chili.

“No matter who you are or what you are up against, it’s never too late to manifest and live out your dreams.”
– Chris Chickering

Greg Barnhill – Rhythm guitar and Background vocals
Originally from New Orleans, three-time, Emmy-winning, Grammy-nominated Greg Barnhill has been writing and performing his entire life. Since 2012 he and Chris have written over one hundreds songs. Artists from Etta James, Tony Bennett, Lee Roy Parnell, Martina McBride, Jessica Simpson, Chicago, Tim McGraw, Lee Ann Womack, Gretchen Wilson, and Leona Lewis have embraced his songs. “Walkaway Joe,” Recorded by Trisha Yearwood and Don Henley, was a significant milestone in his career. The song went on to earn Greg a Grammy nomination as well as the respect of his peers. Barnhill also had a crossover smash with “House of Love” for Amy Grant and Vince Gill. In 2010, Greg was nominated for his third Emmy and won for “Best Original Song” for the Today Show theme “Your Day is Today.” Greg is also a Music Director and producer on Chris’ albums, “Living in the Now” (’13), “The Resurrection of Me” (’14), “The Better Side” (’15) & “Regeneration” (’15).

“Chris’ vision and our emotional connection lead to extraordinary songs. It’s an honor to be a part of something that helps people change their lives.”
– Greg Barnhill

Brian Hardgroove – Drums and Bandleader
Rock n’ Roll Hall of Fame inductee Public Enemy (2013) is widely acknowledged as not only the most important hip-hop act, but also one of the greatest bands of all time. However, bassist and bandleader Brian Hardgroove does not rest on those accolades. Hardgroove has established himself as a writer, and producer well outside the realm of Public Enemy. Having learned the art of record production from two giants in the business Jack Douglas (John Lennon, Aerosmith, Cheap Trick, Alice Cooper) and Eddie Kramer (Jimi Hendrix, Led Zeppelin, Kiss), Hardgroove has garnered a wealth of knowledge that serves him tremendously in his production career. Hardgroove’s production credits are diverse and include Fred Wesley, Supertramp, Fine Arts Militia Burning Spear, and Mark Anthony. Hardgroove has also moved into radio. As the host of his own talk/music program “Hardgroove’s Fuse Box” (KBAC-FM in Santa Fe), his star is continuing to rise faster and shine brighter.

“I’ve been blessed to travel much of this beautiful and complicated world. I know many artists that truly want their art to have a positive effect on humanity. Chris is one of the few that actually put in the work it takes to make that effect materialize. It’s my obligation to the universe to assist him in that work.”
– Brian Hardgroove