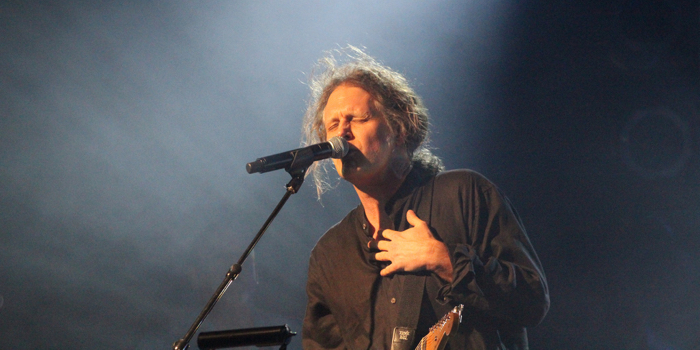 Kurzweg produced multiple albums for Puddle of Mudd, including their 2001 break-out success Come Clean and the majority of their follow-up release Life on Display in 2003. Kurzweg produced “Blurry,” which was released as their second single from the album Come Clean. The song is the band’s best known song, reaching the #1 spot on the Billboard Hot Mainstream Rock Tracks and Hot Modern Rock Tracks charts for ten and nine weeks, respectively. This soon propelled the single to mainstream success, reaching the #5 spot on the Billboard Hot 100 Airplay and Billboard Hot 100. The song is also the band’s highest selling U.S. single ever, with sales of 753,000 copies, as of 2010. The single “She Hates Me” continued the group’s popularity on the Billboard Hot 100, peaking at #13. It also topped the Billboard Hot Mainstream Rock Tracks chart for one week in October. The popularity of “She Hates Me” made it become Puddle of Mudd’s second single to sell over 500,000 copies in the United States, following “Blurry.” The song peaked at #14 in the UK Singles Chart making it the group’s third Top 20 hit.

Along with his success as a record producer, in the 1980s, Kurzweg was a popular musician in the Tallahassee area, fronting bands such as Slapstick, Synergy, The Front, Radio Bikini and John Kurzweg and the Night. In late 1980s Kurzweg signed a record deal with Atlantic Records,and released the album “Wait for the Night”under the name John Philip (using his middle name as his last name) – he soon returned to FL to make more music and to start producing bands on the side.

Most recently Kurzweg has worked as producer, engineer and mixer for GodSmack’s “Whiskey Hangover,” which hit #1 on the Billboard Hot Mainstream Rock Tracks, and appeared on the deluxe edition of The Oracle. He also served produced/engineered/mixed/co-wrote and played all the electric guitars on The Sean Healan Band’s 2009 cd Floodplain. Kurzweg also produced two of the tracks on Puddle of Mudd’s 2009 release Vol. 4 Songs in the Key of Love and Hate – “Better Place” and “Hooky.”

Born in San Francisco, his family moved around from California to Illinois and New York before settling down in Richmond, Virginia in the 60’s. Richmond is where music started to take its hold on John, as the Beatles, Tommy Roe and Steppenwolf began to seep into the Kurzweg home. Both his adoptive parents were very musical and John started piano lessons with his dad at age seven. At age 11 John switched to guitar lessons and had his first paying gig as lead guitar for a band named Sycamore at age 13.