Film Placement! — “A Little More Heaven Falls Down” (ALBUM: Regeneration [2015]) will get it’s big-screen debut in the upcoming iiFILMs release “Miles Between Us” — kicking off at the Twin Cities Film Festival on Sunday, October 23rd… 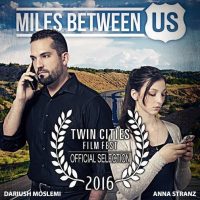 [/frame_left]
*** UPDATE! “Miles Between Us” had its premiere in the Twin Cities and has been named a Twin Cities Film Fest Official Selection. The Soundtrack, which ROCKS is now available on iTunes. To preview and purchase the soundtrack on iTunes, click HERE.

Looking for the perfect SONG for your next TV/FILM/AD Project?
Click HERE.